Triple digits this week and high winds. Fire warnings are going into effect.

That was last week. We've dropped back below 100F this week and the air quality has improved. It's just summer arriving though. We hit a point every year at the end of May (if not earlier) when outdoor burning is prohibited. We can thank the cheat grass for that. It is NOT native and, thanks to all the fires we had in the early 90's, has spread everywhere. It wasn't around when I was a child and we didn't have anywhere near the number of fires we get now.

Mind you it was a cooler spring then usual which, strangely enough, tends to lead to a hotter summer followed by a colder autumn; so I'm expecting this summer to be HOT.

I am so tired of the summer fires. There have been three surrounding us and a fourth one started in the middle of the metropolitan area on a ridge that threatened some medical offices. Along with the triple digit temperatures and the wind (today) I am not going outside.

And more fires. The latest is a couple of teenagers shooting off firecrackers in the middle of a red alert no-fire zone...

The temperatures are high and the air quality sucks. I miss going outside.

We came in early this evening because it was too chilly to sit outside any longer. It's 72 degrees but the wind is clipping right along and making it feel cooler. It is seriously fire weather though: dry ground, low humidity, wind, and clouds that are more likely to produce lightning than rain. 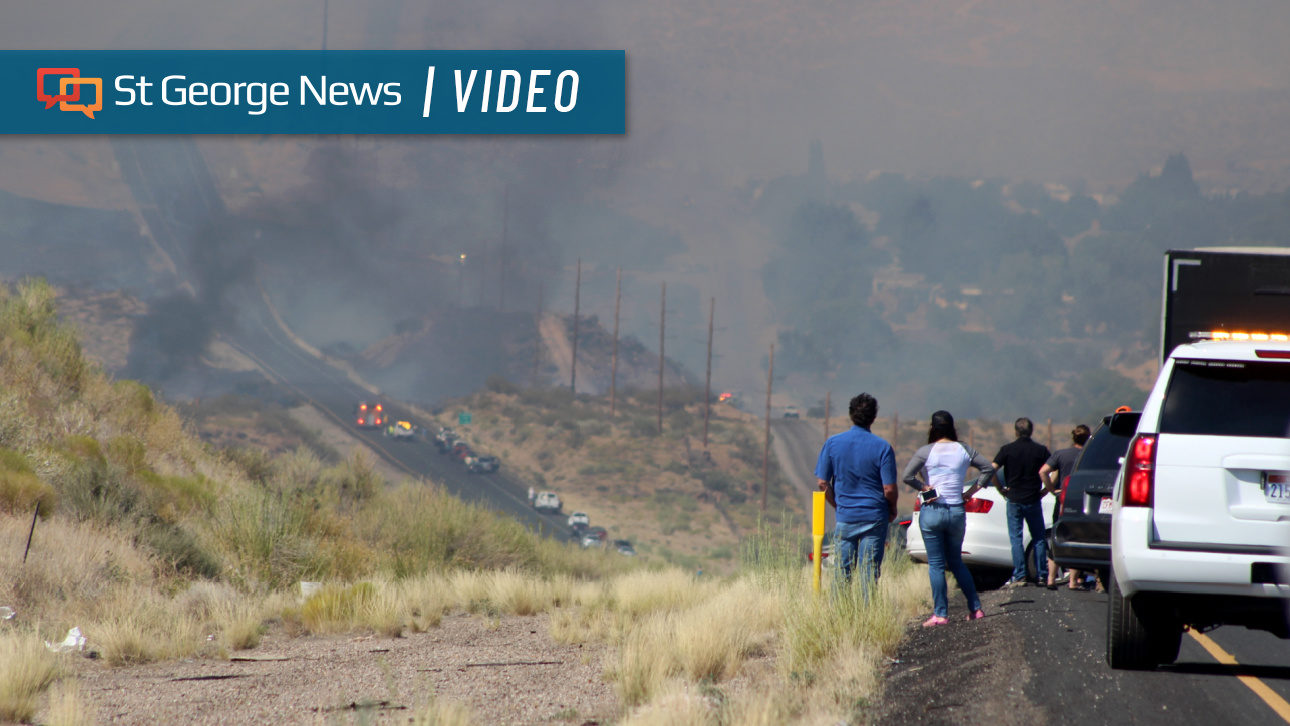 UPDATED: Fire that started with blown tire on I-15 in Leeds now 3,000 acres, power outages possible

LEEDS — The Cottonwood Trail Fire has grown to more than 3,000 acres after it was started by a blown tire on Interstate 15 near mile marker 17 shortly after 3 p.m. Sunday afternoon. Northbound I-15 has reopened travel as of 7:15 p.m., while the southbound side remains closed, according to the...

I don’t know how many fires this makes now but we’ve never had so many.

UPDATED: Fire that started with blown tire on I-15 in Leeds now 3,000 acres, power outages possible

LEEDS — The Cottonwood Trail Fire has grown to more than 3,000 acres after it was started by a blown tire on Interstate 15 near mile marker 17 shortly after 3 p.m. Sunday afternoon. Northbound I-15 has reopened travel as of 7:15 p.m., while the southbound side remains closed, according to the...

I don’t know how many fires this makes now but we’ve never had so many.
Click to expand...

Are you in peril yourself? Thinking of you. Fire season is always scary.

Not so far but three of them in the last two weeks have been within a few miles. That's never happened before either.

This has literally never happened here before. Ever. Not even back in the nineties when it seemed like the whole country was on fire. 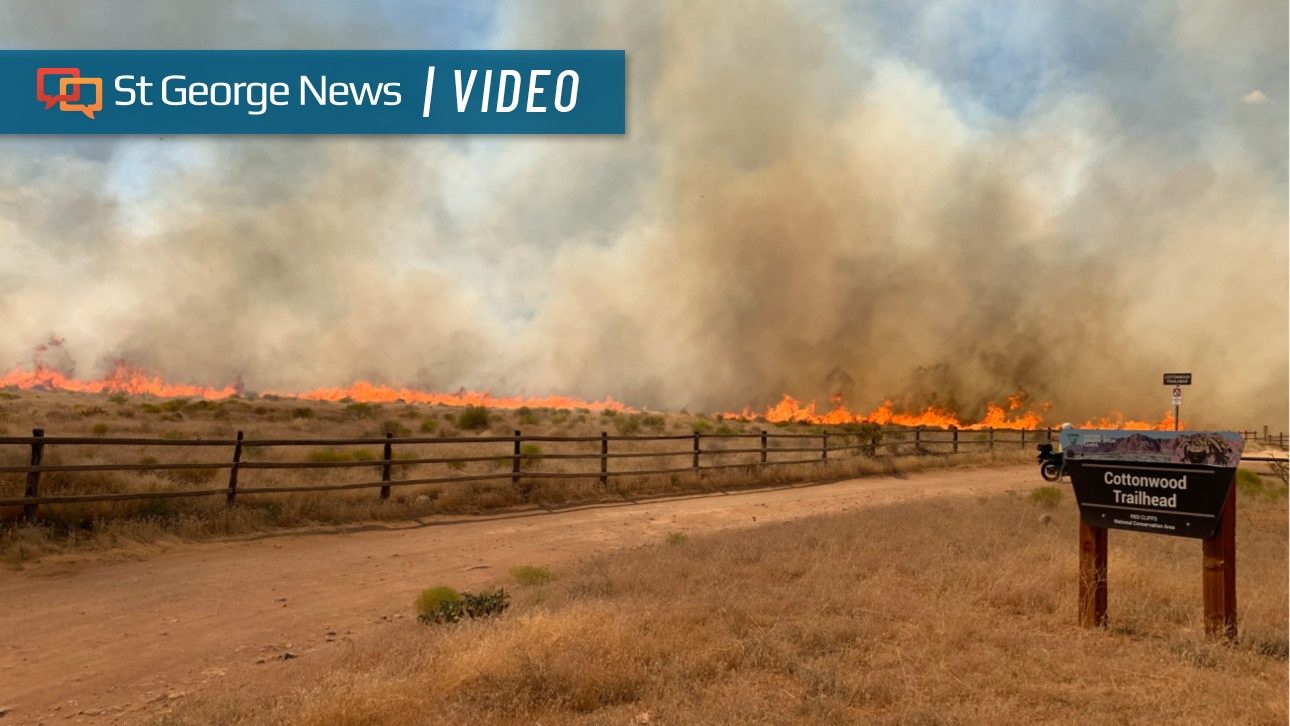 ST. GEORGE — Motorists on both sides of Interstate 15 north of Hurricane were caught in a firestorm Sunday afternoon, one that triggered a series of events that included cars being diverted through the median, evacuations, panicked motorists and a blaze of air support executing a blitz attack on...

Part of what was on fire in the 90s was my neighborhood. We missed burning out by about 100 feet. About 5 years ago, there was a huge fire east of town that burned out a lot of folks, including our dearly loved veterinarian. It began on my son's first day as a country fire fighter. They didn't intend to let the three new guys go to the fire, though all had extensive volunteer training. Second day came, though, and the chief turned up to say, "On the job training; let's go" because they needed everyone available.

We've had two big fires on the mountain, one in 2006, another in 2012. Oh, yeah. There was another one in the late 80s. Almost forgot it. The center section of the mountain is unburned so far, and it is the one closest to us. Just a matter of time before it goes up, too. Those are just the big fires in the county.

Wildfires are scary stuff! I'd be happy to send you some of the rain we're having at the moment....

Good for your son. That’s a hard dangerous job.

We’ve had big fires too and when everything was on fire we were surrounded on all sides by them but they were out in the wilderness or on the mountain caused by careless campers or lightning strikes. These are in or just outside “town”. Causes are sparks from welding, fireworks, or even that blown tire. One of those three fires close by was literally in the middle of town. It’s the opposite of flat here and the city is built on and around several hills (mountains according to our eastern brethren). The fire started on the side of one of the hills on the evening of the forth. It burned down to the road and right up to the houses above before they successfully stopped it. If they hadn’t there’s no telling how many houses would have gone up.

And I’m still convinced some of them have been deliberately set.

Daimona said:
Wildfires are scary stuff! I'd be happy to send you some of the rain we're having at the moment....
Click to expand...

I would take it. Unfortunately we’re still about a month away from our annual late summer rains.

I'm giving you the credit.

Smoke is horrific today. Apparently a high pressure system over Utah is spilling all the California smoke into Wyoming. It is laying on the ground as well as filling the sky- can barely see the outline of the peak of the mountain and that's only a few miles away. People whine about the wind here, but let it get still and see what happens. I don't think I'll be taking my dog walk today. Just sitting in the house is hard enough- my eyes feel like I've been through a sandstorm.

Temps of mid-90s predicted for today. August is God's way of making us more than ready for autumn.

Air quality is still terrible (sorry you're getting it now Shanazel). There was a lightning storm last night. And we've been dealing with triple digit temperatures even at night for the past few weeks. It's been cooling off though so now it's usually under 110F. Feels positively cool compared to the beginning of August.